Night Owl can provide professional music and live bands for your Wedding or Corporate events. Our turn-key system will ensure your well-planned event has the perfect music for your guests and attendees. 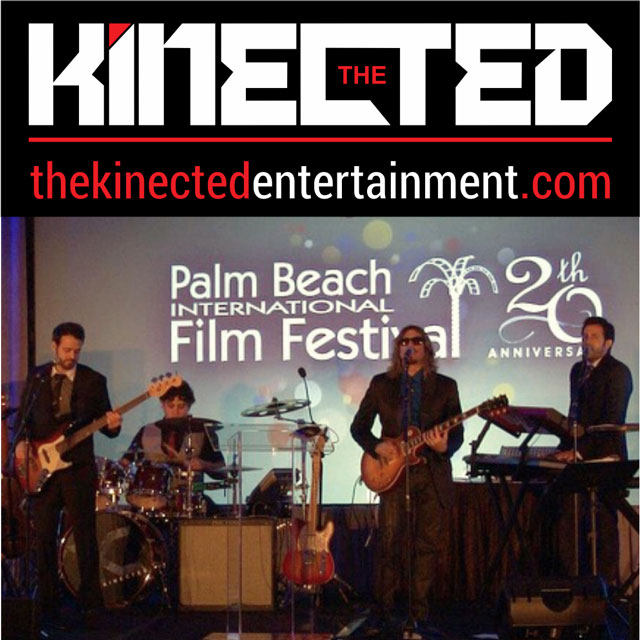 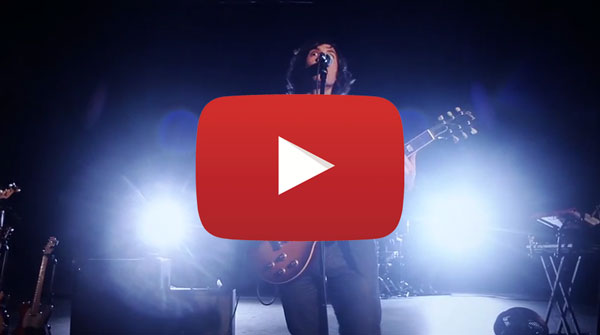 Since 2009 this young and energetic group has been all over the music scene, from rocking private parties to sharing the stage with acts like Gnarles Barkley, the All American Rejects, Duran Duran and more. The Kinected offers a dynamic, customizable performance ranging from their own original music including their #1 hit Hypnotize, to some of the most upbeat and danceable cover music over the past 50 years. If you are looking for a softer side, The Kinected also slows it down and can even provide acoustic sets, catering to the exact mood you are looking to create. 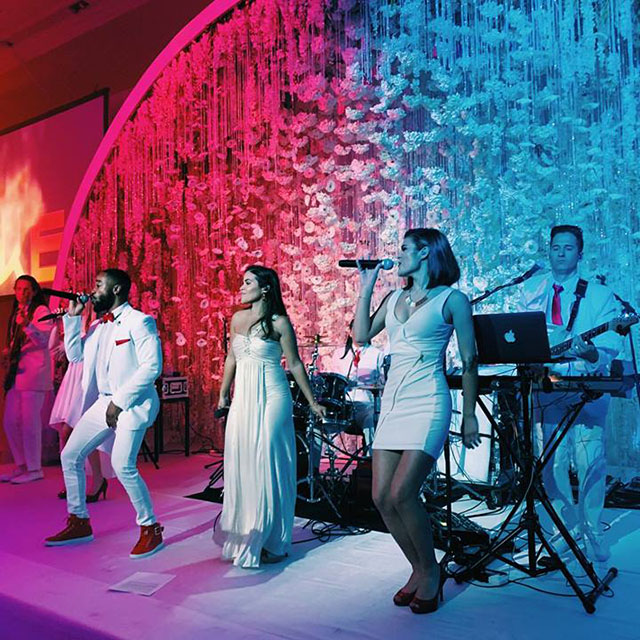 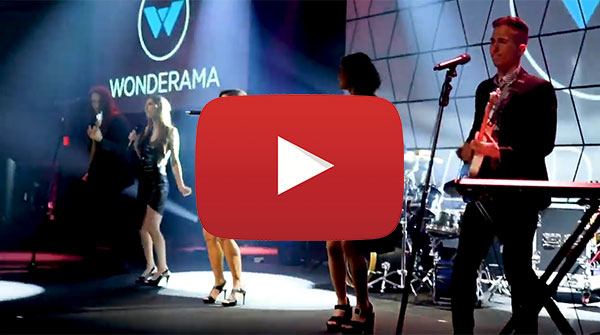 WONDERAMA band started in 2011 and has performed throughout the East coast from New York to the Florida Keys, including the Bahama’s. Wonderama brings live, high energy pop/top 40, dance and party music to venues and events in Florida. They also provide entertainment for weddings and private parties. The band takes pride in there ability to utilize modern technology which enables them to recreate the sound of the artist’s that they are covering. Wonderama is always playing the top hits from the billboard hot 100 playlist.

STEPHEN DUPREE – Bandleader, Drums, Vocals / From Long Island New York, Wellington Florida
Stephen started WONDERAMA BAND in 2011 after moving from NY in 2006. After college as a music major, Steve has performed internationally, including reality TV in Costa Rica. Steve was member of the band New Life Crisis signed to Tommy Boy Records, who’s hit song DAYLIGHT hit Billboards chart in 2000. Currently along with running WONDERAMA, Steve is the music director for LifeChuch Wellington campus, its the largest Evangelical church in America with over 100,000 members in 25 locations. Endorsement by Soultone Cymbals http://soultonecymbals.com/artist/steve-dupree

JESSE LEE – Bass, Vocals / From Loxahatchee Florida
Jesse joined the band in 2013. His love for music started early. Attending his fathers gigs when he was young, he discovered that his dream was to become a musician. Playing in concert, jazz and marching band during middle school and high school, growing up his life was immersed in music. After graduating from Palm Beach State College with an AA, he set out to write his own original music. In previous bands Jesse has recorded 4 studio albums and went on multiple national tours. Jesse also currently plays at LifeChurch Wellington.

MANNY CESPEDES – Guitars, keyboard, Vocals / From Miami Florida
Manny joined the band in 2016. He studied classical guitar at FIU and jazz at The Collective in NYC. Moving to San Fransisco, he toured the west coast throughout Canada, Alaska, California, and has also played in Europe. Manny moved back to Miami, playing in the bands Funkette, High Tolerance, along with doing free lance work through which he had the opportunity to entertain audiences from the American Airlines Arena to Hard Rock to Local hotspots from Miami to West Palm Beach. Manny has taught at the School of Rock and now holds a position teaching Piano, Guitar, and Chorus as a Miami Dade County Educator. He now has found his new home in the Wonderama family, where he’s a valuable member on keyboards, guitars, vocals, and music production. 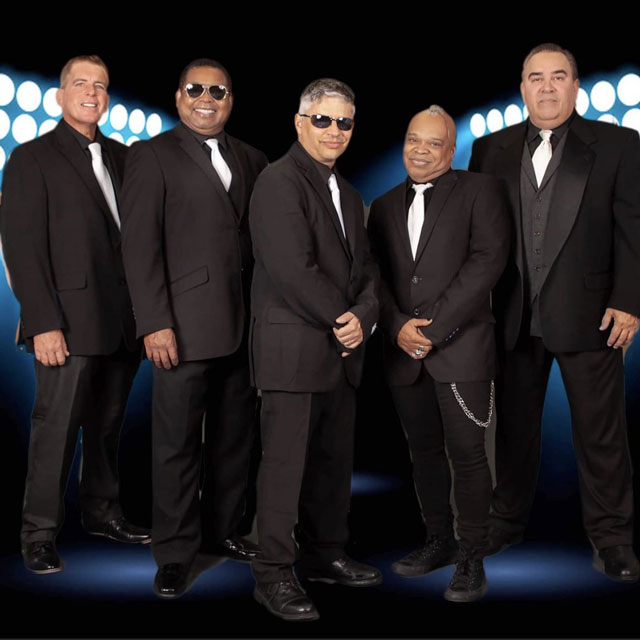 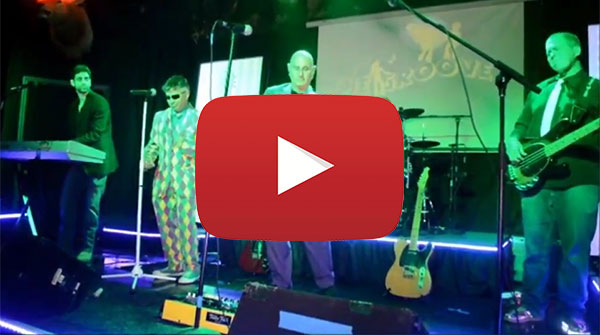 THE GROOVE band covers all the best funk from Stevie Wonder, Sly and the Family Stone, The Gap Band and many many more. Every member is a seasoned pro with undeniable passion for the music. A night out with The Groove is guaranteed to leave you with a smile on your face and a song in your heart! Come get your move on with The Groove! 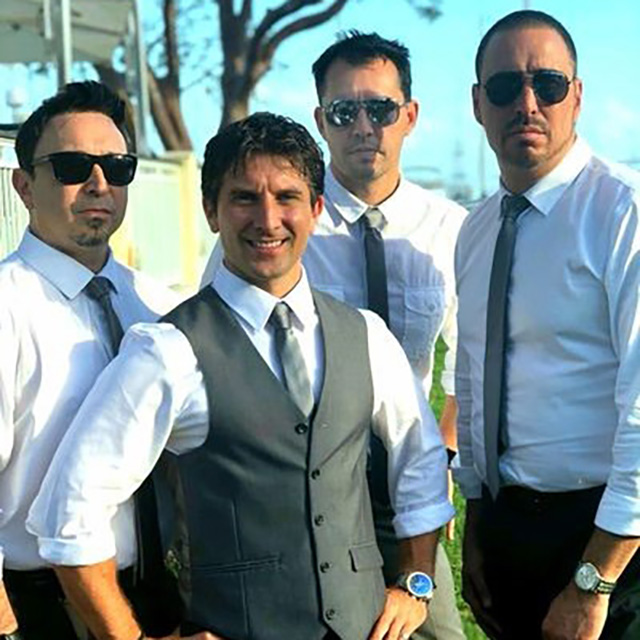 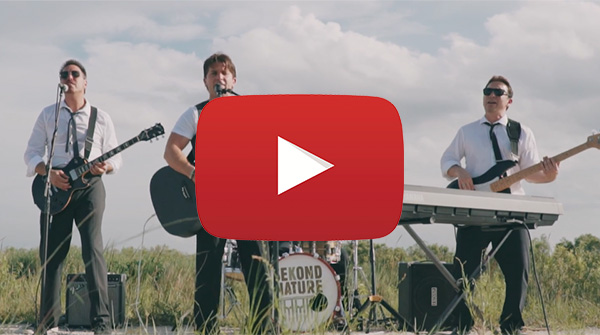 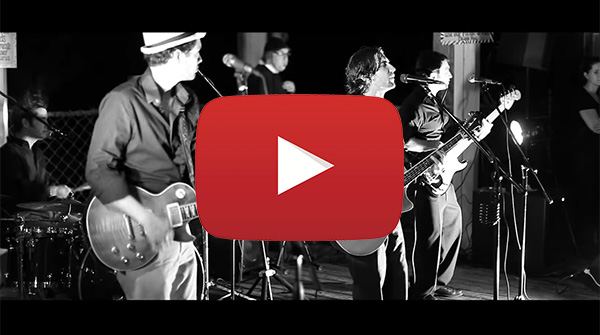 Sekond Nature is Based out of New York, these 4 seasoned musicians ran into each other in the heart of the South Florida music scene. By the time the band started playing together, each member already had hundreds of shows under their belt. Together, they have been entertaining audiences big and small for over a decade all over Florida. Having a repertoire of over 300 songs and counting, you can guarantee they will adapt to whatever style you love.

Sekond Nature truly appreciates all the great performers in all styles of music, so there is no ONE genre they play. You can expect a wide variety of styles from rock (classic, heavy, pop, grunge), top 40s, reggae, classic oldies, Motown, country, funk, blues, folk, and even some Hip-Hop (and more). They are always expanding their song list, learning any new songs upon request. 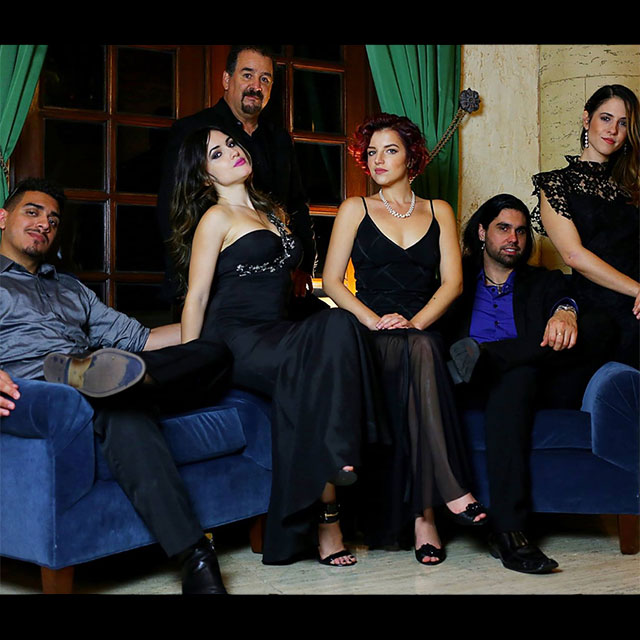 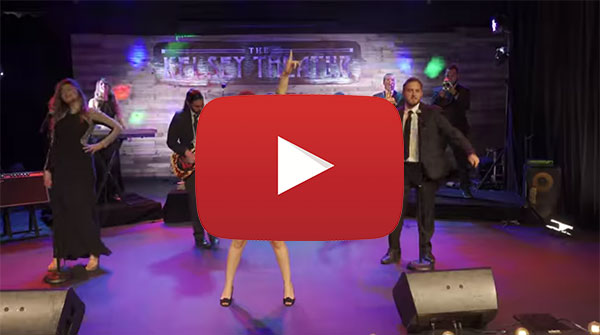 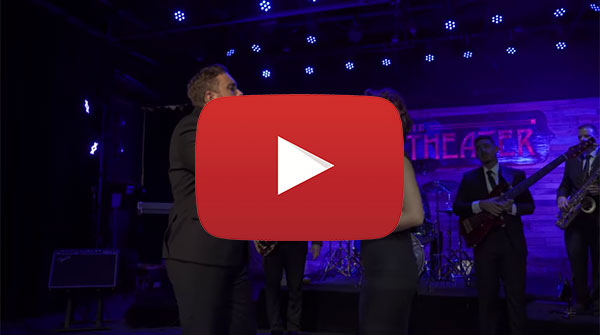 PANGEA is a high energy, high end, unforgettable entertainment — tailored to your needs.

Comprised of a colorful, multicultural blend of top shelf performers, hailing from as close as USA / Cuba to as far as Cape Town, South Africa — you can believe Pangea has every genre/style covered, always customized to the specs of the client.

Specializing in Corporate Events, Weddings, Festivals, Awards Shows — the band has traveled through the U.S., the Caribbean, Latin America, the surrounding islands — to serve a corporate list as varied as Coca Cola Corp, the Rolling Stones, Budweiser (to name a few), and an infinite list of satisfied private clients. 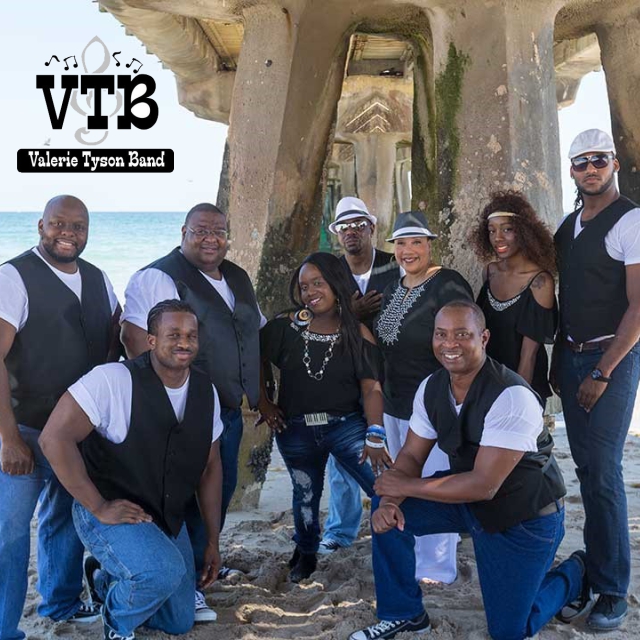 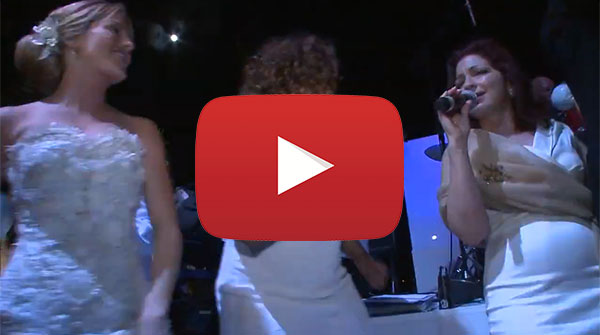 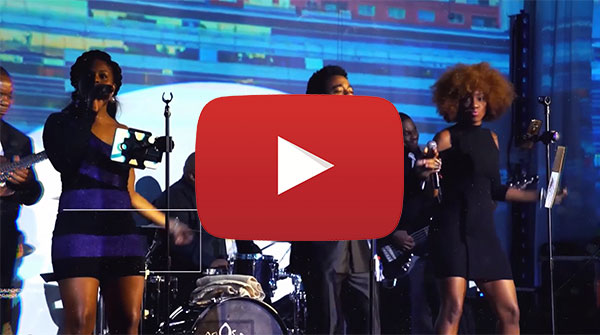 Valerie Tyson Band is a soulful and electrifying band that perform classic and modern music. Specializing in playing today’s top 40 popular music , Jazz, Classic Rock, R&B, and Reggae. Each nine members of the band brings a combination of vocal and instrumental skills and experience. The band’s talent, skills, and experience has put them at the top of everyone’s list for any occasion. The band consist of nine pieces, Bass, Drums, Keyboard, Guitar, Saxophone and four lead vocalist. The band can also provide up to 13 pieces which also consists of a three piece horn section if you like a big brass sound, and a percussionist to compliment the sound. The band has performed for various corporate events, weddings, and various concerts throughout the South Florida region. No matter what the occasion is The Valerie Tyson Band “can” and “will” keep the party rocking and the dance floor packed. The band’s aim and mission is to always leave you wanting more and more. 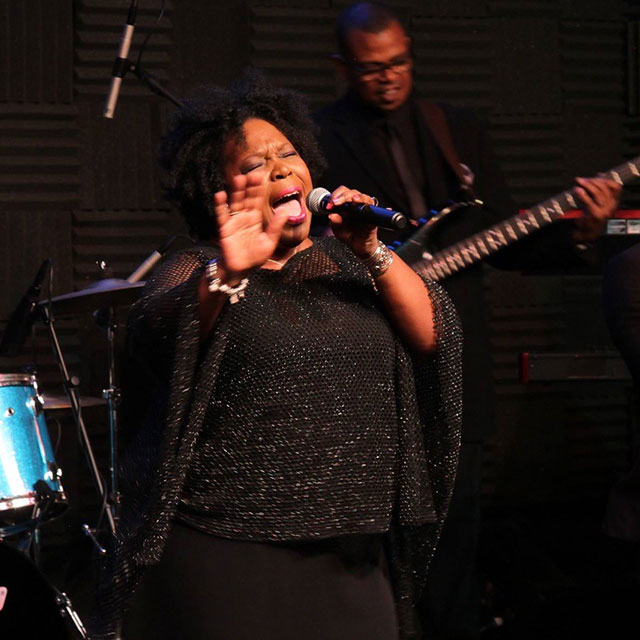 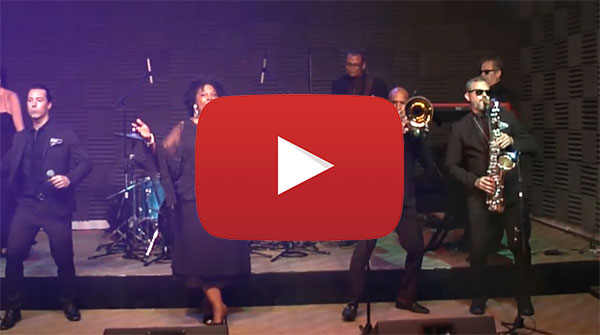 Led by Music & Entertainment industry veteran, Jay Stollman, an award winning composer, producer and former Sony Music exec, the band takes a full-throttle, take no prisoners approach to each event. According to Jay . . . “There is only one goal; a packed dance floor with enthusiastic guests having the best time they could have possibly had!”
Rave reviews and hundreds of success stories tell it all . . . Uptown Rhythm Revue insures the success of every event they play!