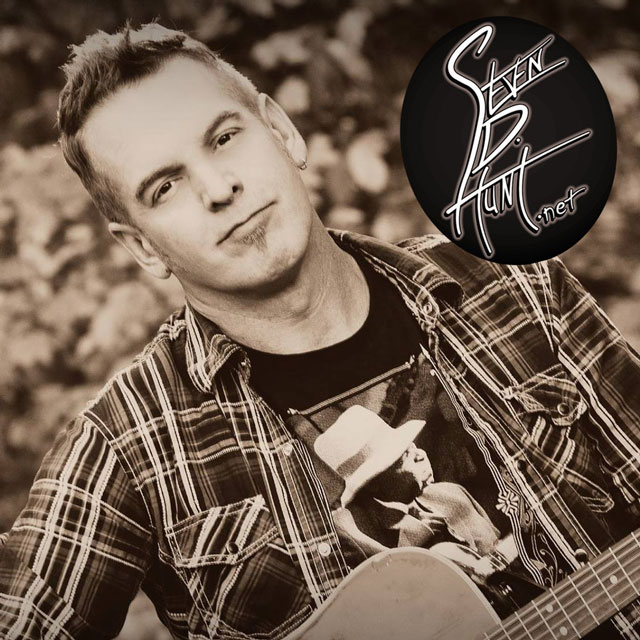 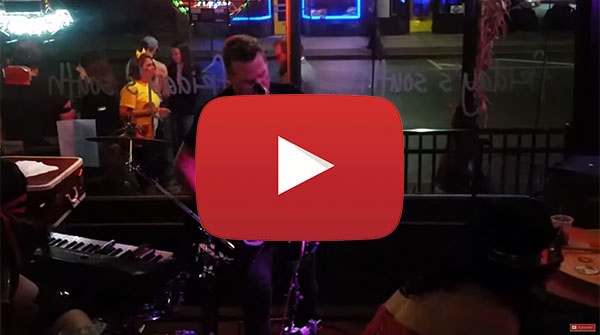 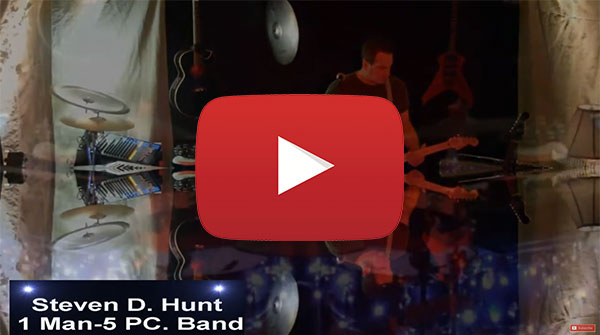 Steven D. Hunt – Recent Promo Video
A Steven D. Hunt – “1 Man 5 PC. Band” show is a very unique experience. As a live solo performer, he plays acoustic, electric, and bass guitars, drums, percussion, keyboard, harmonica, and more. He uses Boss Loop stations to record and combine instruments to create a full band sound. It is all done Live…with no prerecorded tracks. After spending the 90’s as the drummer of “New World Spirits,” signed to Universal Records, Steven has been touring and honing his solo show and gaining recognition as a top notch “Loop Artist,” songwriter, and performer, that can adapt to any age group or event.

Steven’s original music has a familiar feel and vibe, and touches on many genres..but doesn’t sound like anyone else. His songs become stuck in your head after the first listen.
He also covers many artists, such as Elvis Presley to Elvis Costello, or The Beatles to The Bangles, or Johnny Cash, to John Mellencamp..Pearl Jam to Minnie Pearl…Rolling Stones to Stone Temple Pilots…Matchbox 20 to Twenty One Pilots….Tim McGraw to Tiny Tim…Outkast to The Outlaws…Pink Floyd to Deep Purple…Led Zeppelin to Foo Fighters…The Doors to The Commodores, or Snoop Dogg to 3 Dog Night, and the list goes on and on!

Steven always includes audience members into his solo show, by encouraging people to play percussion with him and sing along. His light hearted performances always have a dash of comedy, as well.