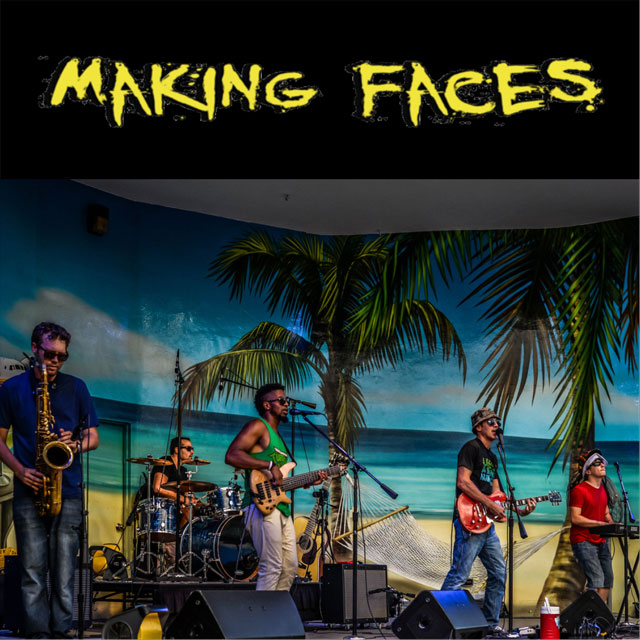 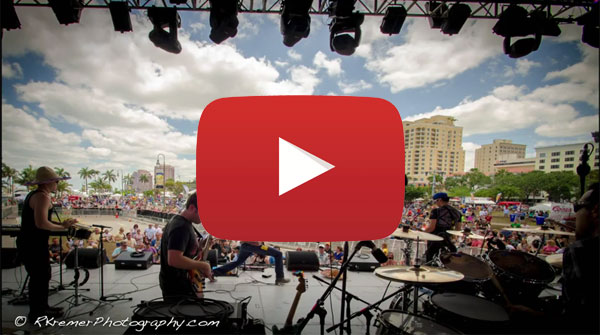 Their full length album “Bright Roads Ahead” was released in February 2012. Making Faces have been gaining a rapid following and have established themselves as a staple in the SouthEast. A wide variety of audiences appreciate their eclectic blend of music.

Other notable performances have included:

﻿John DeMatteo: VOCALS, GUITAR. DeMatteo was born in Buffalo, New York and raised in Coral Springs, Florida. He went to the University of Florida and majored in partying. He was formerly his own worst enemy, and lived a shallow existence. After experiencing life changing events, John has a renewed perspective. Everyday he is excited about his journey and the places it takes him, and the people he meets. In his spare time, John enjoys insomnia, cutting his nails, and eating Larabars.

﻿Matt Brown: VOCALS, BASS GUITAR. “Gazoo” can play many instruments . . . drums, keys, bass, guitar, vocals, even kazoo. He was born in New Brunswick, NJ and raised in Plantation, FL. He moved to West Palm Beach by way of old western caravan his senior year in high school. Matt is allergic to cats, has his masters in concentration (made the diploma himself). He also likes to write and produce music, and workout.

﻿Matt Gaulin: DRUMS, PERCUSSION. Matt was born and raised in Providence, Rhode Island. He studied music throughout high school and college and is a classically trained percussionist. Since moving to Florida in 2007, he has been in some great bands. He works at a boring insurance job during the day and saves the world with Making Faces at night. He plays full contact origami, does algebra for fun, and is too sexy for his shirt.

Efraim Emback: VOCALS, KEYBOARDS. Efraim is a native of Brazil. He walked to Florida and went to Carver Middle School. He loves the ambient sounds of the ebony and ivory. He enjoys energetic dancing around his keyboard while playing and interacting with people to make them smile while sometimes becoming ‘Efraim the Rasta’.

John Boes: SAXOPHONE, PERCUSSION. John is too saxy for his own good. Born and raised in Boynton Beach, his playing will make you horn-y. He enjoys traveling, funky music, and skateboarding. He looks like Russell Crowe when he doesn’t shave, and is known as Boesy, and even known in some countries as DJ Poolside.