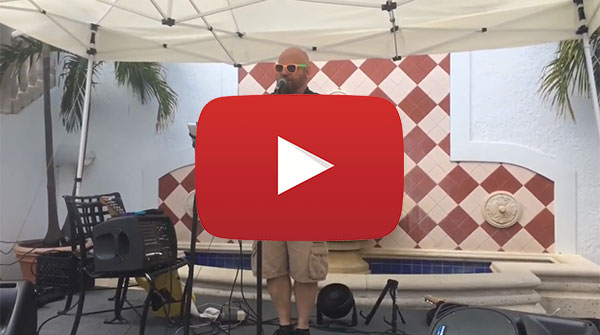 Carey Peak Solo
Carey Peak was a 12 year old prodigy guitarist. His father played with Buddy Holly. Carey won contests as a teenager. In his twenties, he formed Dore Soul, an acclaimed all original alternative rock band. Dore Soul was one of the most popular musical acts in Florida. His second band, The C60s, were signed to Dreamworks Records. They charted number 6 on the college music charts, and were a critically acclaimed Indie rock band.

In 2006 Carey started The Free Radicals, who are a premiere corporate cover band. He also formed Friday At Five, a rock cover band who are quickly building a presence on the South Florida scene. Carey also performs solo acoustic and two piece acoustic all over South Florida. Catch him playing in your area soon!